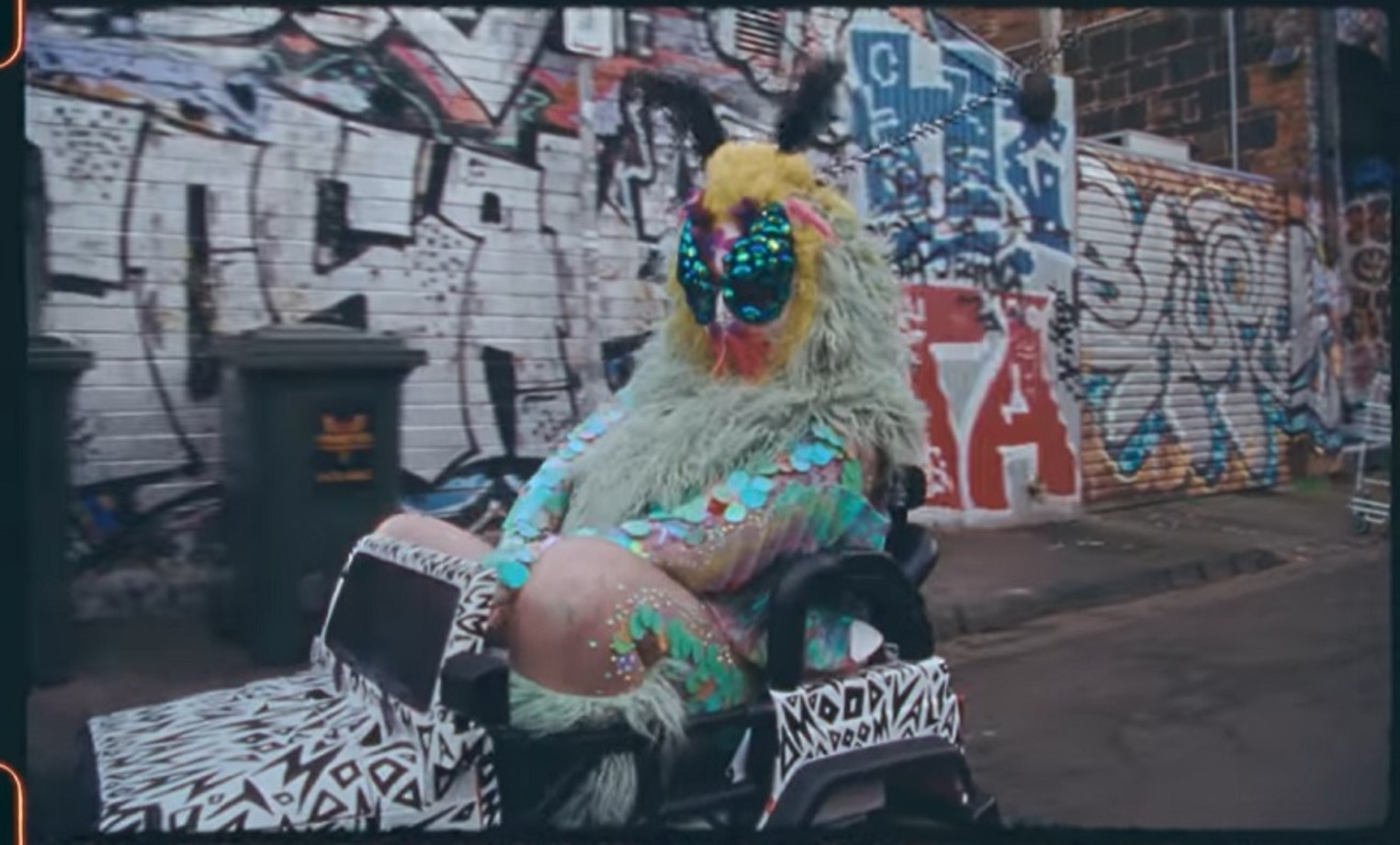 We’re halfway through the best clips of underground, independent and lesser-known artists in 2021. This time the topics range from Mothra to river cults to pancakes. Be on the lookout for local talent this time around!

Normally lyric videos are disqualified from this countdown, but I make an exception for “Just Like You”. The Claymation aspects give it a lot more personality and harmonize well with the themes of the song itself. It would be nice to see the band tackle something a little more ambitious, but until then, “Just Like You” is a fun watch.

Vera Ellen directed the video for “Earthquake” herself and called it a “true liberation fight story”. There is no doubt that this is a frenzied visual story full of escape and shadowy presences. While the execution looks a bit like the video equivalent of a toxic material spill, there is no doubt about the sincerity and energy.

Directed by the band themselves, “Drift” is arguably the most stoned music video of 2021. That said, Eboshi and Contra have specifically decided to celebrate the excellence of BIPOC and enjoy the fruits of their success, and it does no doubt they were successful. The vaguely communist drug propaganda with an intersectional feminist twist deserves props for the number of ding dongs it pisses off if nothing else.

The actual video for “Too Late”, directed by Julian Klincewicz, is only slightly interesting. Singer Nini Fabi is hopping down the street in front of a collection of camera effects from the 70s. However, apparently during the filming of the video, someone started running towards the group with a gun and they had to flee. to save their lives. Releasing a clip under duress puts you on my book’s list.

“Run” is a well done descent into madness … or maybe just a well done paddle into madness while playing Marco Polo. A man is surrounded by deranged inmates dressed in hospital gowns as he tries to make sense of his own visceral-colored worldview. The song itself is a chainsaw, so be prepared for your eardrums.

Director Joey Muñoz deftly divides Hanna Cottrell into two supernatural beings, one of whom is essentially a cenobite stripper and the other looks like the greedy mogul who likely set off the first one. The final product is played out as a captivating duel of identities.

Directors Justin McGrath and Sydney Mills present the absolute banger that is “obsidian” with a combination of pornographic landscapes, alien obelisks and hallucinogenic imagery. It’s basically the most captivating screen saver ever.

Video clips made exclusively for Tik Tok always tend to be quite hit and miss and rarely manage to create an involved story. For the pure and beautiful show, however, I can’t fault Elle Lexxa at all. His video for “IODV” is a superb collection of visuals and innuendos that are instantly compelling.

Apparently, Merk enjoys working in the moonlight as a chef-themed DJ called DJ Ragu, which is objectively adorable. The video for “Deep Dive” highlights his other life in a series of party scenes that really strike a nerve in an ongoing pandemic. Plus, a pancake party looks really cool right now.

I can’t speak for the rest of you, but with immunocompromised people in the house, the lockdown never really ended for me. That’s why I’m glad to have a video like “Tasty,” which is just a decadent fairy tale of glamor and abundance. It’s times like this that we should remember that The Mask of the Red Death was actually a pretty cool party before everyone fell dead.

Houston’s band Velveteen Echo turns into a beautiful music video with “Hearts Undo”. Director Lindsey Cooper-Trevino gives a day and night at the beach a Lynchian vibe as the group rears up against the waves. It all plays out like Benadryl’s most glorious dream.

The former leader of Yellowcard has had a hell of a career full of daring ideas. This is clearly visible in the beautiful animated clip for “Face in a Frame” where paper animals frolic in an origami world. The crisp lines of the animated style mimic the harshness of the lyrics, creating something very sharp.

There’s a reason so many ancient religions revolved around rivers. “Only Water” masterfully captures a sense of pagan wonder as Kelly Zutrau comes to the shore to join other women in eerie exultation. It’s a little grim, but definitely touching.

I have no idea what’s going on in “Punk Rocker”, but it’s still a hell of a trip. Director Jak Kerley follows the group on a sneering stroll through frozen Jersey City in a semi-tribute to Iggy Pop. It’s safe to say that Kerley does it best, however, with gorgeous visuals and a real tension between filth and opulence.

A simple idea in the hands of a talented director can turn into something grand, and Derek Rathbun does fantastic things with just paperwork and the exquisite music of our own Bug Bites. The group is slowly wrapped up in duct tape, including murderous shots of singer / guitarist Daniela Hernandez with her eyes hidden. In the end, the established boundaries become a straitjacket for the group.

There is nothing too fancy about “Crosshairs”. The video follows Jenkins before taking a grand drone tour of New York City in the winter, highlighting the lyrics about a sense of isolation. It all comes down to a shot of Jenkins on the ground in the snow as if he’s been cut off by his own loneliness. The pure beauty and the languid movement of the experience make it stand out.

“Le Jardin” by La Femme is a cinematically breathtaking journey through magnificent Spanish settings delivered with a wonderful psychedelic atmosphere. Although narratively light, the lyrics go to enough great lengths to make the trip feel like something special. Even in a year when there was a lot of drone work and walking videos, “Le Jardin” stood out as one of the most beautiful.

If you’ve ever wondered what Mothra would look like in an original Wes Anderson romantic comedy, then wonder no more. It’s not even a joke. “And We Go Gentle” is heavily inspired by the famous kaiju, but with a little extra human element to make everything feel a little more grounded.

Liv.e bewitches in this magical adventure directed by Cole Daly and Ava Doorley. He has singing mountains, a strange sea creature and a lot of love. The video is almost closer to a successful indie game like Dear Esther than a musical moment, but Liv’s incomparable voice, never takes precedence over something so mythical.

See you tomorrow for the rest of the countdown!